How to seeing a shooting star 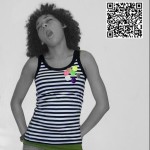 On the 12th August the UK will bear witness to the most active meteor shower all year, with up to 80 meteors streaking through the sky..if we’re lucky, this sodding “summer” whether is doing my ******* head in, but I digress.

The duration of the shower is actually from the 17th July – 24th August, however the event will reach it’s peak on the 12th due to the earth passing through the most dense part of comet Swift-Tuttle’s trail.

According to timeanddate.com the best direction with which to view the shower is as follows:

The best place to see the shower well be up high and away from artificial lighting, not the easiest thing to do in a city, so if you have access (legally) to a flat roof or can get to a hill/open late park (again legally) then that’s your best bet.

The meteors will start to be visible from the early evening, so grab a blanket (hopefully not an umbrella), a buddy, some snacks and enjoy the show.

Making Your Own Gloves

Stanley Tucci Makes a Negroni – Make it at Home

Make your own face masks at Home

Top 5 posts of all time

Making Your Own Gloves

Stanley Tucci Makes a Negroni – Make it at Home

Make your own face masks at Home

We’ll get through this